That Water Place provide everything from Installation of pumps and pressure tanks. Service on all brands of water treatment to rentals, sales and salt delivery.

We have the solution to your worst water problem.

Ozone has been used in Europe for water treatment since early in the 20th century.Initial applications were to disinfect relatively clean spring or well water, but they increasingly evolved to also oxidize contaminants common to surface waters. Since World War II, ozonation has become the primary method to assure clean water in Switzerland, West Germany and France. More recently, major fresh water and waste water treatment facilities using ozone water treatment methods have been constructed throughout the world. 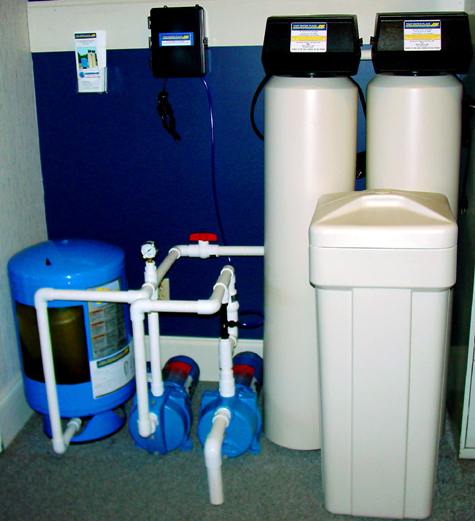 As a general rule, taste and odor-causing compounds are organic in nature, although many inorganic sulfides also are encountered which are highly odorous. Many of these organic compounds which cause unacceptable tastes and odors are formed from decay of natural vegetation and can easily be removed with ozone proper filtration.


For a low key, no pressure presentation call mike at 800.755.6541 or email mike@thatwaterplace.com

How Does Ozone Kill Germs and Bacteria to Purify Water?

Ozone is made up of three Oxygen atoms. Once of these has a weak hold on the others, and is more than willing to transfer electrons with other organic substances, such as bacteria, and viruses. This single Oxygen atoms binds with the other substance, causing it to oxidize (turn into something else. Rust is an example of Iron oxidizing into Iron Oxide). The byproduct of Oxidation in this case is simply O â€“ a single Oxygen atom.

Just a note to let you know that my wife, Jodi and I appreciate the quality of water that your equipment provides our household. The well we have has water with sulfur (that rotten egg) odor and the ozone cleans it right up.

Also the quality of service is excellent. I have met some of the service personnel over the years during a minimal number of service calls. All have been prompt, straight forward and very courteous.

Thanks very much. Garry L. Smart

Our ozone water system is great. We had it installed in 2004. The immediate effect was amazing. Our pipes cleaned out spewing black nasty stuff for a few days, then just pure wonderful water. We enjoyed our system for years. Then we had financial issues in our home. The system became damaged and for fear of a large repair bill I bypassed the system so at least we had water. Well that started a downward spiral of issues, faucets started clogging, and the smell of the water became overwhelming. Then the cloth washer started malfunctioning and the dishwasher quit. Finances improved and I could finally call That Water place to come out to repair the damaged system. Well, to my surprise and gratefulness the repair was done for far less then I had feared. Within a few days the system had removed the awful smell, and then low and behold the cloths washer started functioning properly. I wholeheartedly recommend this system to everyone who has well water and wants the best solution out there.